Session admin commands must be entered in the iRacing.com simulator text chat window while the sim is loaded. 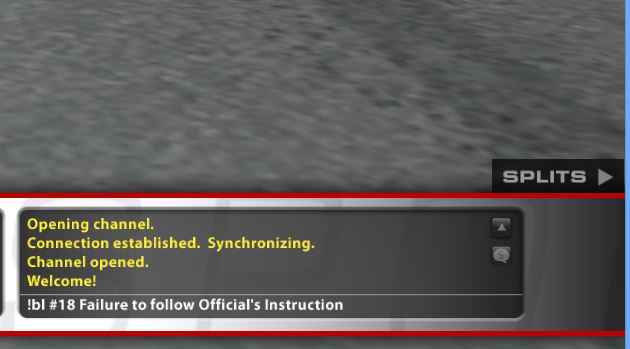 The administration commands can be broken down into two categories, General and Race Control.